It took a team of six to hold him down. 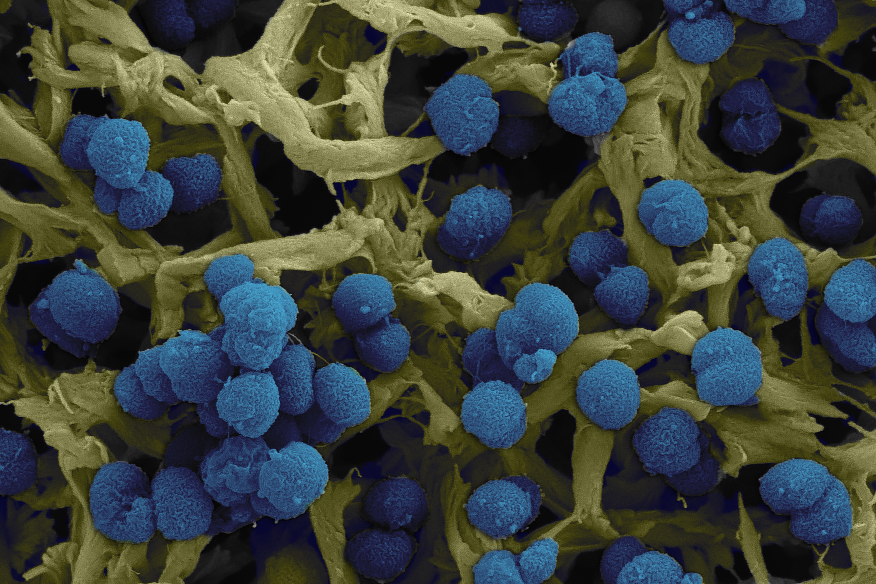 ohaizatul Azhar was in a state of frenzy, battling delirium, doctors and nurses. The medical team rushed in and out of the ward at the National Centre for Infectious Diseases (NCID), each time donning new sets of protective wear. Face masks, eyewear, gowns, head coverings, everyone looked like the same gauzy danger. He ripped out every intravenous catheter they tried inserting in his arm. Blood spattered everywhere. A nurse begged him not to pull out any more catheters as they tied him to the bed. His parents watched helplessly behind the glass. They were told, “he is really, really ill.”

“All of these details, I do not remember!” declares the 35-year old. “They are what my parents and siblings told me.”

Rohai was eventually diagnosed with meningoencephalitis, an inflammation of the brain and the membranes surrounding the brain and spinal cord. Doctors could not tell where he had contracted it from. The bacterium is most often transmitted by close contact, perhaps passed on via respiratory droplets from an unknown carrier around him. A cough, a sneeze, a kiss, though that was unlikely. It was also the second bout of meningitis for the 34 year-old, who had been diagnosed with it nine years ago. Of that episode, he remembers the searing symptoms that started on a flight back from Bali – a pounding headache “so painful I had to pull my hair to counter the pain.” Doctors told him that the general odds of being infected twice is 14 million to one. “You’d have better chances of winning the big lottery,” he says.

The trigger and turn of the pathogen

Rohai still does not know the exact bacterium behind his affliction. While bacterial meningitis can be caused by different species, the most common cases are attributed to Streptococcus pneumoniae, Haemophilus influenzae and Neisseria meningitidis.

The speed at which a patient deteriorates and the rapid medical attention they require to pull through are what Edmund Loh witnessed in his first vicarious brush with meningitis as a ten year-old. “I remember that afternoon – I was playing with my cousin in the day time, and by evening she was being wheeled into the hospital due to meningitis,” he recalls. Years after that episode, Edmund’s position as asistant professor at Karolinska Institutet in Sweden and PI at SCELSE has given him a focus on N. meningitidis in his research.

N. meningitidis is an aerosol-borne bacterium that resides primarily in the human respiratory tract, in particular the nasopharynx, and is estimated to be present in 10 to 15-percent of the global population. You could carry the bacterium around inside your nose, along with S. pneumoniae and H. influenzae, without any discernible effect on your health. “We don’t know what are the factors that trigger the pathogen. It could also turn from Dr Jekyll to Mr Hyde and kill you within six hours,” says Asst. Prof Loh, who studies the virulence of bacteria and its responsive and adaptive mechanisms for survival in different environments.

“What is always interesting to me is how bacteria grows,” says Asst. Prof. Loh, citing that his travel-related illnesses prompted a curiosity into the topic. “It was a question for me when I was younger – how can bacteria cause infections in different locations such as the gut and skin? Why is it that when I go holiday oversea and have street food, I occasionally get food poisoning? The different environments in which bacteria can sense changes and cause diseases made me want to study them.”

In the case of N. meningitidis, Asst. Prof. Loh and his team were looking for adaptation factors that could explain the fitness and survival of the fast-acting pathogen. As an RNA biology group, Asst. Prof Loh’s lab studies regulatory ribonucleic acids that have a role in protein synthesis and gene expression in pathogenesis of the bacterium. The group zoomed in on riboswitches – regulatory RNA elements that enable bacteria to modulate their gene expression by sensing the concentration of specific metabolites in their proximity. Studying riboswitches in the N. meningitidis pathogen could give an insight into how they forage for nutrients for their survival.

The study of sensing and scavenging

Unlike the human gut, the nasopharynx is comparatively less nutrient-rich for bacteria. Humans do not consume foods through our noses after all, points out Asst. Prof Loh. To the team, this meant that that N. meningitidis was possibly producing its own source of nutrients or picking them up from other sources in their immediate environment. 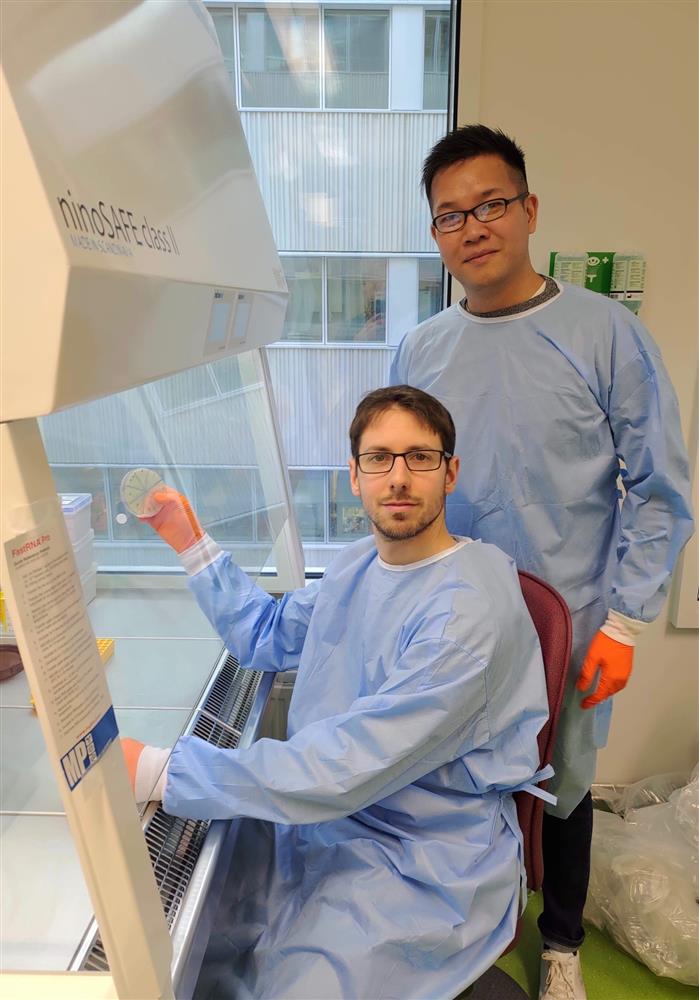 The team came across a riboswitch in the bacterium that could detect thiamine. Thiamine, commonly known as vitamin B1, is required by all organisms – humans, plants, bacteria – to survive. Its activated form, thiamine pyrophosphate (TPP) is involved in converting carbohydrates into energy for our bodies and plays a huge role in the metabolism and survival of the bacterium. Mammals are unable to produce thiamine on their own, the vitamin can only be obtained through dietary means. Instead, the researchers found an active TPP-sensing riboswitch in N. meningitidis that controls how the bacterium uses thiamine by modifying its gene expression.

To study the intricacies of this mechanism at work, the team first grew the bacteria in a nutrient-rich medium. After the bacteria had feasted on the nutrients, the bacteria were filtered out. The spent medium, which by now reflected the similar nutrient-depleted conditions inside a nose, was used to grow another set of N. meningitidis.

The team then started testing the behaviour of N. meningitidis in response to different growth conditions in the media. They found that its TPP-sensing riboswitch would enact ensuing survival strategies based on the thiamine concentration it detected in the environment. In the absence of thiamine in a medium, the riboswitch was triggered to mediate gene expression in order to activate the bacterium’s own thiamine production and regulate TPP biosynthesis. When thiamine was present, however, N. meningitidis used its TPP-sensing riboswitch to repress thiamine production.

According to Asst. Proh Loh, there has been speculation in the scientific community that N. meningitidis scavenges for nutrients, but the mechanisms through which it does so has not been sufficiently studied. When the team added bacterial and eukaryotic cell lysates to a nutrient-depleted medium, they observed that the riboswitch was only triggered by bacterial lysates to mediate gene regulation and repress thiamine production, allowing N. meningitidis to scavenge for TPP outside of itself and from these exogenous sources.

“Like humans, bacteria have a biological clock. When their time comes and they die off, the bacteria will be lysed and the nutrients inside them released,” explains Asst. Prof. Loh. “But they do not care where their nutrient source comes from and they can eat their dead ones.”

Asst. Prof. Loh adds that it is the first time that this regulatory riboswitch mechanism has been discovered in the Gram-negative bacterium N. meningitidis. “It’s been speculated previously that there could be such a transcriptional riboswitch but our characteristic work shows for the first time that a Gram-negative bacterium uses this to control thiamine production via changes in the RNA structure,” says Asst. Prof. Loh.

Writing in their paper published in RNA Biology in February this year, the team suggests that riboswitch-mediated gene regulation in N. meningitidis helps to balance the bacterium’s synthesis and scavenging of nutrients for their survival and fitness. For Asst. Prof. Loh, this means that there is a way forward in using RNA interference to target the riboswitch and prevent N. meningitidis from binding to metabolites and nutrients like thiamine, hindering their chances of survival. The presence of this riboswitch also suggests a common sensing and scavenging mechanism among the other pathogens that live in the nasopharynx that could cause meningitis, S. pneumoniae and H. influenzae.

“There are long term consequences for meningitis which can affect the limbs and the central nervous system, such as walking imbalances and hearing problems,” says Asst. Prof. Loh. “It’s a very scary disease.”

Having been through two bouts of bacterial meningitis, Rohai can attest to that. “The director of NCID came to speak to me after and said that if the ambulance had come later, it might have been a different fight altogether – I might have fallen into a coma, had impairment of the brain or speech abilities, or it might even have been fatal,” he recounts. Six months on, the lecturer in fashion at LASALLE College of the Arts has recovered fully. He is able to go about his daily life without fuss, work out a few times a week and even “close all three Activity rings on my Apple watch every single day for a week,” he says.

Echoing his sentiments, Rohai says wryly, “here’s to not getting it a third time!” 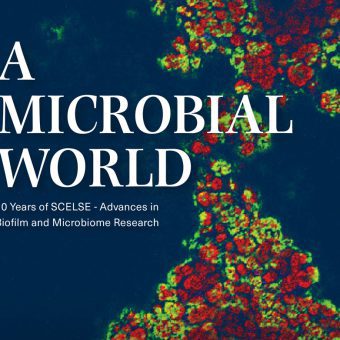 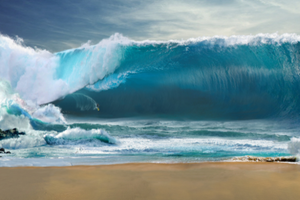 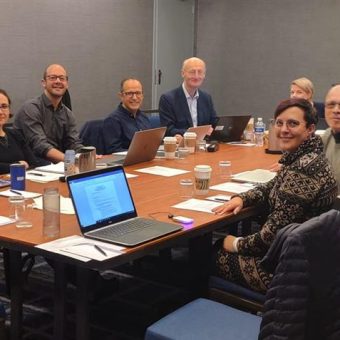 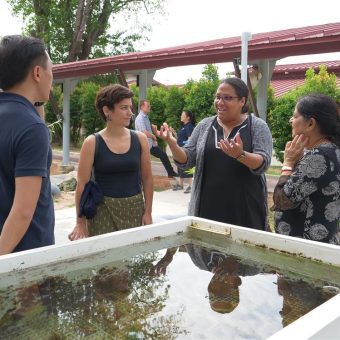